I was born with Irish blood.

In typical American fashion it isn’t 100% Irish ancestry that I can claim.  There is a mixture of Russian, German, French and Polish decent in there as well, but the biggest portion of ancestries running through my veins are of  Irish and Polish origins.

Last night I made both the Irish side and the Polish side of my tummy happy with corned beef, cabbage, and potatoes in anticipation of St. Patrick’s day.  Today I must confess my Irish eyes are smiling (which is a great song!) and that I am proudly wearing my favorite green shirt:

This is also the day that I am most likely to watch the old Disney movie Darby O’Gill and the Little People.   However, that is where my following of St. Patrick’s Day traditions ends.

And that is also where my musings begin.

Throughout the day many people will partake in another St. Patrick’s Day “tradition”.  Drinking copious amounts of green beer.  The irony here is that this “tradition” didn’t come from Ireland, but rather was started in New York City in the early 1900’s.

Perhaps the saddest piece of this whole day as it is celebrated in our culture is that in no way does any of it actually tie back to or tell the inspiring story of the man who is celebrated on this day.  Rather than celebrating the life and legacy of a true man of God, we have commercialized this day in our society and have shifted the focus to other pursuits instead.  Bad Irish jokes and drunkenness have become the order of the day.

St. Patrick was a real person.  In fact, most of what we know about him comes from his own works.  This was a man who embodied forgiveness, humility, obedience, and a willingness to go when God called him to go and make disciples.

If you have never heard the actual details of his life, you may be amazed to learn that St. Patrick was actually British!  He found himself kidnapped from his native Britain and family of some wealth, enslaved, and put to work by Irish marauders as a shepherd in Ireland at the age of 16.

For several years he faithfully went about the duties of his new-found life finding strength in his ever-deepening dependence and relationship with God.  His days were filled with prayer conversations to help keep him from being lonely in the fields where he tended livestock.

And God was faithful to Patrick.

One night in a dream God spoke to Patrick and gave him instructions to run away from his current post, to head for the coast where he would find a boat home.  This was a very dangerous thing for a slave to do and if caught it could have a life ending result.

However Patrick trusted in his God and went.

He did indeed find a boat waiting for him as the dream had said and was able to return to the home he was stolen from.  Once there he decided to dedicate his life to the God who saved him both through the grace of salvation and from his physical bonds of slavery.  Patrick became a priest and was made a bishop.

At some point during this time God again spoke to Patrick in his dreams more or less telling him that he should now return to the land of his captivity.  Not for revenge, but to lead the people there away from the pagan ways that were prevalent to lives of redemption and salvation through Christ.

Again, Patrick heard the voice of his God and listened to his call.

St. Patrick went back to help save the very people who had enslaved him.  After returning to Ireland, this man went on to convert large portions of the population of Ireland to Christianity and is responsible for the building of many churches there.

His legacy inspired others who came after him to set out to convert large portions of England and Europe in the coming centuries.

So today rather than celebrating St. Patrick’s Day by drinking green beer be a radical rebel!  Share with someone the inspiring true story of this man who lived long ago.

Walk in the footsteps of St. Patrick and help introduce someone to the saving grace found In Christ Alone (another great song!).  Lead lost people to the one true Shepherd.

I am the gate. Whoever enters by me will be saved, and will come in and go out and find pasture.  The thief comes only to steal and kill and destroy. I came that they may have life, and have it abundantly. (John 10-9:10, NSRV) 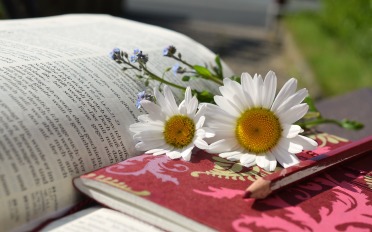 This site uses Akismet to reduce spam. Learn how your comment data is processed.

FOR WISDOM WILL COME INTO YOUR HEART, AND KNOWLEDGE WILL BE PLEASANT TO YOUR SOUL