Part One of the sermon entitled Deciphering Discipleship which was originally given on April 23, 2017 at Midway Mennonite Church in Columbiana, OH.

A Buddhist monk sat at the edge of the Yellow River and watched a dove with amazement. At regular intervals, the bird dipped its plumage into the water and then flew up into the air, feathers sparkling with water. And then he returned to do it again.  “Why are you doing that?” the monk asked the dove.  “Don’t you see the smoke on the horizon?” the bird answered. “There’s a forest fire over there. I’m trying to put it out.”  The monk laughed out loud. “And you, little bird, think that you can do something about it?”  “I don’t know,” said the dove. “But I know that I have to try.”

Our text today is a familiar passage that is found at the end of the Book of Matthew and has been motivating Christians around the world to get out and try to lead people down the road to repentance and salvation for a millennium.  In the NSRV version, Matthew 28:18-20 reads, “And Jesus came and said to them, “All authority in heaven and on earth has been given to me. Go therefore and make disciples of all nations, baptizing them in the name of the Father and of the Son and of the Holy Spirit, and teaching them to obey everything that I have commanded you. And remember, I am with you always, to the end of the age.”

It is in part because of this passage that I felt the need to go through the C.S. Lewis Fellows program.  This passage filled me with uneasiness, because I wanted to go as Jesus commanded me to, but I didn’t know how to go.  So, I eagerly completed the application thinking that very soon I would be given the keys to the kingdom, so to speak, and able to Go and Make Disciples, just as Jesus was instructing me to do.  Instead, I learned that I totally missed the meaning of this piece of scripture.

If you were to look up this passage in the Believers Church Bible Commentary on the book of Matthew, you would read that the main verb in the Greek text of the great commission is matheteuo, which means make disciples.  Jesus is telling his remaining eleven disciples to expand the circle, to invite others to join them in following Jesus.  The other three verbs in the text are participles that connect with the main verb…We might paraphrase verses 19-20 like this:  As you go forth, call people everywhere to become disciples, which will involve both baptizing them into God’s community and summoning them to embody my teaching in their lives.

The focus on this scripture isn’t the going part.  Instead it is the making part. I think as a culture in general we do tend to miss that emphasis.  This is a rather convenient misunderstanding because if we focus on the Go instead of the Make, then we can find excuses that give us a pass on this command.  We can tell ourselves things like, that is the job and gifting of the missionaries.  I don’t need to worry myself with that command because I can’t go anywhere.  But in actuality this command isn’t just for those who travel far from their homes to spread the Gospel.  It is for each and every one of us.  Dietrich Bonhoeffer noted that “Christianity without discipleship is always Christianity without Christ.”

We each are all called to discipleship and can extend this invitation to follow Jesus to every person we come into contact with just by going through the business of our daily lives.  There is as much of a need for the Good News of Jesus Christ in our workplaces and schools as there is for the people of the South American jungles that have never heard the name of Jesus.

The Merriam-Webster’s dictionary offers us this as the definition of disciple:  one who accepts and assists in spreading the doctrines of another: such as Christianity:  one of the twelve in the inner circle of Christ’s followers according to the Gospel accounts.  That’s it.  It is brief, and seems to focus on accepting and sharing ideas.

A better definition for discipleship has been offered by Greg Ogden in his book, Transforming Discipleship: Making Disciples a Few at a Time, where he defines a disciple as “one who, in the context of community, places himself or herself under the shaping influence of Jesus so that there is no doubt as to who is deploying the formative power.”

However, in Jesus’ day, the cultural understanding of what discipleship is, was very different.  Rabbis in ancient Israel were scholars and teachers of Jewish laws and scriptures and they would travel around from town to town to teach in the local synagogues.  They didn’t go to their local college to get their Master’s in Biblical Studies.  Instead they had to learn by first being a disciple to another Rabbi.

To be someone’s disciple, you would give up your whole way of life and leave your family so that you could devote yourself to literally following your teacher as they travelled from place to place.  As you travelled with your teacher you also took care of his daily needs like food and shelter.  We often see in the Gospels that Jesus sends some of the twelve ahead to take care of details like these.  For years, you would devote yourself to this Rabbi so that you could learn all of his knowledge and ideas.  There were many teachers with Disciples, not just Jesus.

What Jesus changes with this model is that he is always the teacher and his followers through the ages are always the students.  The disciples remain disciples of Jesus even after he sends them out fully equipped to make disciples on their own.

What does Discipleship look like now in American Churches today?  It isn’t seen as a way of life anymore for the masses.  A lot of it is left to those who choose a monastic life, or a pastor’s path.

Dallas Willard, an author specializing in Christian Spiritual Formation, has pointed out in his writings how far we have strayed from understanding the Christian life as sitting at the feet of Jesus.  Instead we focus on the benefits that we receive by faith in Jesus rather than on being conformed to the life of Jesus.  We want abundance without obedience…The bottom line essential with in the evangelical world is having the debt of one’s sins canceled by transferring them to Jesus’ account…The most telling thing about the contemporary Christian is that he or she simply has no compelling sense that understanding of and conformity with the clear teachings of Christ is of any vital importance to his or her life, and certainly not that it is in any way essential.”  (Ogden, pages 46-47)

Studies show that only one out of every six adults who attend church regularly are involved in any type of activity or relational process that would help with personal spiritual growth.  That is around 17 % of the average church congregation.  Of this group about 69% are involved in a small group for bible or topical studies, 20% attend an adult Sunday school class, 14% are involved with one-to-one mentoring, 11% take part in special faith-based classes, and only 3% are involved in programs geared towards discipleship.  ( Ogden, pgs 26-27)

Discipleship, for the church body, has become a buzz word.   It is something to add to the to do lists rather than something to be actively engaged in so that we become closer followers of Jesus Christ.  The focus is on creating programs to reach out to disciple the lost people outside our churches. What is forgotten is the need to disciple those within the church first. 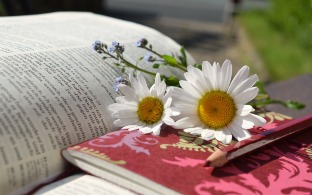 If you enjoyed Part One, please visit next week for Part Two.

One thought on “Deciphering Discipleship Part 1”

This site uses Akismet to reduce spam. Learn how your comment data is processed.

FOR WISDOM WILL COME INTO YOUR HEART, AND KNOWLEDGE WILL BE PLEASANT TO YOUR SOUL